20 Most Popular Types of Lilies, How to care and Grow Lily

Lily is one of the top ten most popular flowers in the world. The flower is the first choice on numerous occasions and purposes due to its beauty, fragrance, and meaning or symbolism. This is why Lily has the highest market value in the contemporary global flower market. For example, in 2018 the market for lily in the US stood at $ 0. 78 billion. It is further estimated that it will reach up to $ 0. 78 billion in 2024.

However, there are hundreds or even more types of lily plants and flowers around the world. But not all lilies are true lilies. A true lily belongs to the Lilium genus (Lilium distichum from the Liliaceae family) and grows from the bulb. A lily that grows from the tuber is not a true lily. There are around 111 different species or varieties of true lilies that are usually found across the world. Click on the hyperlink to know what are these 111 different species of True Lilies and where they are found.

It must be confusing for lily lovers that when there are 111 types of lilies, how come there be hundreds or even more types of lilies? In fact, Lily grew wild worldwide, especially in Asia, Europe, and America for millenniums. As the search for the new world began, especially by the Europeans, several new lily species were discovered and collected by Lily enthusiasts.

Wild lilies or true lilies were easy for a collection of species because of the bulbs and not the plants that were transported. As the number of species grew, a genuine lily enthusiast named Jan De Graff from Oregon started a breeding program. Thus, large varieties of hybrid lilies were added to the list of lilies. Eventually, the type of lily flower both true and hybrid grew enormously to around 2000 different varieties to date.

Since there are so many types of lilies, they are classified into 9 divisions based on their breeding. The following is the list of 9 divisions of lilies.

20 Most Popular Types of Lilies

Black Spider Lily plants grow around 3 feet and produce creamy white flowers in the summer. The flowers have black to burgundy marks or spots near the centre. Every stem of this variety produces around 6-7 flowers and is usually planted as a border plant. Black spider lilies attract plenty of butterflies and bees that further help the blooming. However, this flower is dangerous for cats. So, cat lovers should be careful about the type of lily flower.

Black Out Lily is perhaps the most attractive dark red lily than any other lily variety. The flowers are large and have reddish or black accents in the centre and start blooming from early summer to mid-summer. The plant however is comparatively shorter and grows around 3 feet. The plant needs full sun and moist soil to grow well. Growing the black-out lily plants is easy with low maintenance.

The Lollipop lily is another magnificent two-tone flower from division-1. The white-coloured flower is large as other Asiatic lilies and is pink towards the tip. Lollipop lily faces upwards and grows well in the summer and also in the partial shade. However, this variety of lilies is poisonous to cats and dogs and should be kept out of the reach of these pets.

These special types of lily plants have the capacity of producing the highest numbers of flowers. The plant can produce up to 50 flowers on a single stem. Though the flowers are comparatively smaller their golden petals and mahogany dark spots look great. Growing these plants is easy as they can self-seed and produce flowers every year. The Arabian Night plants need full sun and moist soil to grow and bloom.

The Manitoba Morning lily is a pink flower with dark mahogany spots on the petals and a yellow shade around the centre. The plant produces abundant flowers around 50 of them per stem. These plants survive both in the summer under direct sun and bloom in the summer. However, they also grow well in the wet and winter, and outdoor gardens as well as in pots.

This is an early blooming type of lily flower and starts blooming in the late spring and early summer. The flower looks beautiful with creamy white colour that gives a strong and sweet fragrance. This is one of the popular choices of people for bouquets

Madonna Lily also famous as St. Joseph”s Lily, Jono’s Rose, French Lily, Annunciation Lily, etc. is known for its place in numerous paintings and historical narrations. Similarly, this lily is also a significant symbol of many cultures and religions. This is a large trumpet-sized pure white flower with yellow pollen. Madonna lily gives a strong and sweet fragrance for which many chefs use bulbs and flowers as food ingredients. Unfortunately, Madonna lily is prone to many diseases and requires special attention to grow.

The Leopard Lily is also known as the Panther Lily is one of the tallest plants out of the entire lily category growing up to 8 feet. The flowers are pink with brown-spotted yellow petals and an orange colour at the centre. Wild leopard lilies grow in abundance in the wet areas of Sierra Nevada hills and California as it grows well in wet soil and shaded places.

The Canada Lily also known as the Wild Yellow Lily is native to eastern North America and has different colours such as red and orange besides yellow. This is one of the vulnerable and rare types of lily plants, especially in New York and Indiana. The Canada Lilies though do not have fragrances but are very popular in Europe. This plant attracts a lot of deer which is why the plant is declining in number.

Easter Lily is most popular during its season and is the parent flower of the Longiflourum hybrid. The Easter Lily is pure white with a strong and sweet scent and is a highly popular cut flower. The demand for Easter Lily grows enormously during easter, especially in schools, churches, etc. Easter lilies are native to Taiwan and Japan and are grown popularly in containers. The flowers of easter lilies are very popular in the markets of North America.

White America lily also known as the White American Lily is a trumpet-shaped pure white flower with yellow anthers. The flower measures around 5 inches and the plant can produce as many as eight flowers on each stem. However, the easter lily and White America look similar but can be distinguished by the pale green tips on the petals of White America.

The trumpet lily is common and usually known for its large size. The Golden Splendor, as a type of lily flower from the division-6 of the trumpet lily, is a large flower with a bright yellow shade. It faces outwards and can have up to 20 flowers on each stem. The flower blooms in the summer and measures around 6 inches wide and looks elegant. Most people prefer this variety for the border.

The African Queen lily is an award-winning flower that won the Award of Garden Merit from the Royal Horticulture Society in the year 2002. This is the largest lily among all the lily flowers and measures around 8 inches wide. The African Queen lilies face downwards and are yellow as well as orange-coloured flowers with brown colour on the outside of the petals. The plant produces around 20 flowers on each stem and blooms in the mid-summer. This is another toxic flower for cats and cat lovers should be extremely careful of the flower and the cat as well.

This variety is one of the largest white flowers with pink stripes on the petals. The flower faces outwards and gives a sweet fragrance that remarkably lasts longer. This is why probably a lot of butterflies and bees get attracted to the flower during the entire period of its blooming in the mid-summer. The muscadet lily plant grows better in well-drained soil and full sun.

A fancy bowl-shaped lily, the Casa Blanca is a pure white flower that faces outwards. Its petals are recurved and the plant grows up to 4 feet with up to 6 flowers on each stem. Casa Blanca is one of the types of lily plants that won the Award of Garden Merit in 1993 from the Royal Horticulture Society. This variety is toxic and poisonous to cats but attracts a lot of bees and butterflies.

The interdivisional lily is one of the cross-breedings of division-1 to division-7 types of Lilies. Anastasia lily also called the Orienpet lily is the crossbreed between the Oriental and Trumpet lilies. The Anastasia lily, like other lilies from the interdivisional section, is large enough with pink petals towards the center. But the pink color fades to white towards the tip of the flower. The plant produces the highest number of flowers ranging from 25 to 30 per stem. Anastasia lilies bloom in the late summer and attract hummingbirds besides the butterflies and bees.

Altair Lilies are another variety of Orienpet lilies that have star-shaped pink flowers. Its petals are white towards the edge. The Altari lilies grow well under direct sun and acidic soil and can tolerate hot as well as cold climates. Like other interdivisional lilies, the Altari lilies are not prone to diseases and grow well in common places.

Tiger Lily is one of the 111 true or wild types of lily plants that have vibrant orange-colored flowers. The petals of this flower contain black spots. There are pink and white hybrids of the Tiger lilies that are equally popular like the Tiger lilies.

This is another variety of lily from the original family of lilies. Royal lily is also known as King’s lily. Royal Lily is a pure white large flower measuring up to 6 inches wide. The flower has pink streaks and a yellow center. The royal lily plant grows around 6 feet and produces up to 25 flowers in each stem. Royal Lily is native to China and was explored in 1903. Royal Lily is called Christmas Lily in New Zealand.

A popular Chinese proverb says that “If you happen to be left with only 2 pennies in the world, then you should spend one for a loaf of bread, and the another for a Lily”. This statement reveals the importance, love, and respect of mankind for Lily. Lilies are not only beautiful and gorgeous, but they have become part and parcel of life.

What is the most common type of Lily?

The Asiatic, Oriental, and Aurelian hybrids are the most common and popular types of lilies usually seen in American gardens.

What kind of lilies bloom all summer?

The Oriental and trumpet lilies usually bloom all summer.

What should be done with the lilies that are in the pots after flowering?

Remove the stems after the flowering of lilies in pots. But never remove the leaves. Wait until the leaves are dead or become brown. It is because they give nourishment to the bulb to bloom in the next season.

What is the rarest type of lily?

Lilium podophyllum is the rarest type of lily.

Which lily is easiest to grow? 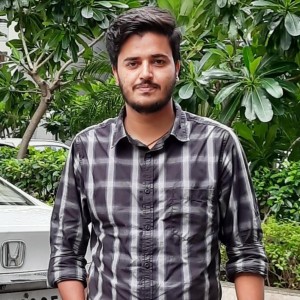 How to grow coriander at home – A step-by-step guide

Types of Marigold | How to Grow and Care